Import Export Support (IES) is an independent import and export consultancy based in Norfolk. We specialise in enabling companies across the East of England gain a clearer understanding of their international supply chains, making them more efficient and compliant with HMRC rules.

Established in 2014 by Tracey Renshaw, IES has built a strong base of clients who value clear advice and authoritative views from an independent consultant. Clients vary from start-ups to major corporations but, across the board, the IES ‘Four Steps’ has proved to be an effective system.

Since the launch of IES, we have made a number of successful duty reclaims to HMRC, returning tens of thousands of pounds to clients. IES has gained numerous HMRC authorisations and approvals for clients, for instance for one client, an HMRC approved Customs Warehouse, for another Authorised Export Operator (AEO) status. For all of our clients, we work closely with HMRC on improving import and export compliance.

Many importers and exporters find there is a shortage of consultancy services with experience in representing blue-chip companies to HMRC. Tracey Renshaw recognised this shortfall in expertise and in 2014 launched Import Export Support to provide key insight and cost-saving services to the industry.

In her career as a qualified accountant Tracey developed an understanding of working with HMRC and the complexities of import and export tax in the UK. At Marks & Spencer Tracey moved up to Head of Customs and Excise, where she took the lead in negotiating with HMRC. By focussing on the classification of duty on womenswear, Tracey helped M&S save over £1million in import taxes. Finding she thrived on overcoming supply and import challenges, Tracey continued to uncover new cost-saving solutions for M&S. Tracey’s experience and knowledge was developed at Jaeger where she headed up the International Shipping Department.

Since establishing IES, Tracey has supported companies of all sizes to take command of their import export strategy, helping them focus on process detail and broader supply chain issues. Tracey’s experience means that she is not just able to plan processes and procedures, but also has the ability to link import export strategy to wider company goals. For instance, hitting efficiency targets, reducing costs – and occasionally taking away major headaches from senior management.

With the advent of Brexit, Tracey’s experience and knowledge in the field has led her to appear on industry panels and conventions, as well as delivering a series of specialist Brexit workshops for the Chamber of Commerce.

Tracey comments “I am captivated by understanding and resolving the issues that surround the importation, manufacture and re-export of goods. I set up Import Export Support to work with companies to help smooth out the ripples in the supply chain and to reduce the cost of moving stock around the globe”. 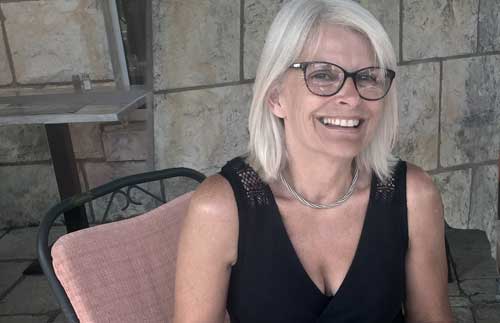